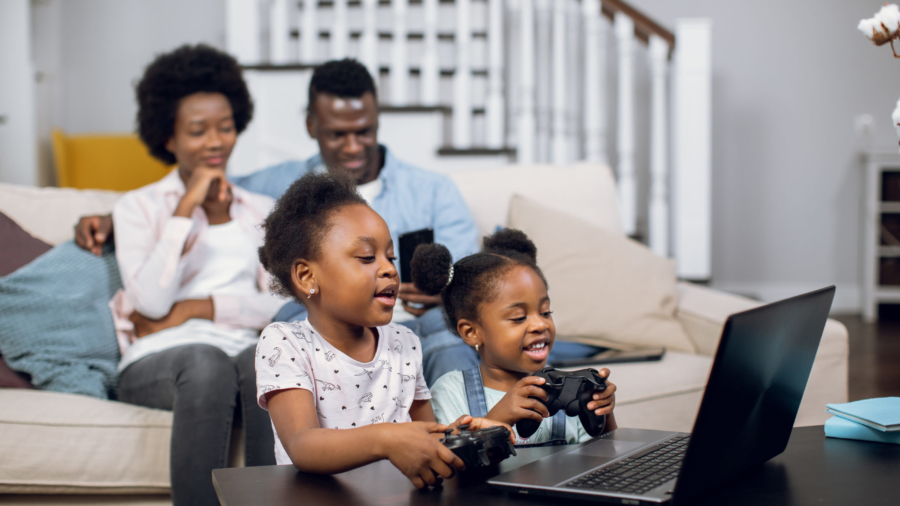 In almost every society down to its smallest unit, children are regarded the vessels of every society’s future and continuation. Every year on the 20th day of November, the world celebrates children by putting them at the center of their plans and discourse that seek to enhance their wellness and existence.

This Saturday, World Children’s Day (WCD) will be celebrated in the second year of a global crisis under the theme, “A better Future for Every Child”. The recent lockdown and other ongoing restrictions have led to the depletion of household incomes and erosion of livelihoods rendering children who are dependent on households more vulnerable than before, to hunger, neglect, and child abuse.

According to UNICEF’s report on Uganda, the pre-existing national challenges around childcare and learning have been aggravated by the COVID-19 crisis. The report states that with nearly 15 million learners locked out of school, the country is grappling with child protection concerns evident in the rise of pregnancy among minors, increased risks of malnutrition and general poor child health. (The Socioeconomic Impact Of Covid-19 On Children, 2021).

One of the major concerns dominating national discourse in Uganda is the state of education for Uganda’s children. Ugandan schools have been closed since March 2020 and have broken a record as one of the longest school closures in the world. The Ugandan Government stands by its decision saying that it’s the most pragmatic thing to do given the nature of the highly contagious COVID-19 Virus.

With many people slowly adapting to the new normal, the discourse on continuity of a better and normal life for children has leaned to technology-based innovations as a solution to education, health, child safety as well as many of the issues that surround children.

During this period some children have become more acquainted with digital technologies and their experiences offer us an insight into a possible path out of this limbo.

At 12 years old, Solomon Emanzi is described by his mother as a “techie,” Emanzi likes to explore his mother’s phone and to do fun activities on the laptop like making posters for events.

“I like robotics because I like to take apart machines and put them back after seeing how they work. I mostly use technology for classes on zoom or to google things when I am researching schoolwork. I also like chatting with my friends,” Emanzi says.

Shamim Nirere a parent and founder of Izere Education says technology is not just an added benefit for children, it’s a necessity and their right. “It’s like being in a country and not learning the language spoken in that country. How would they survive? Children need technology to learn, socialize and communicate,” Nirere says.

In her role as a teacher, she has discovered that technology is an enabler that enhances creativity and eases communication. As a parent, she has given both her children and students digital safety guidelines that ensure they are safe online. She ensures that they are not bullied and that they are consuming age-appropriate content. She finds that once children know about digital safety, technology becomes more useful.

She observes that children are more comfortable with technology because it is their playground, they use it to carry out research with Google and other tools.

Nirere says in order to improve the lives of children, digital literacy must be prioritized. Explaining that digital literacy is not just typing and switching on and off gadgets, her appeal is to encourage children to innovate around technology.

She says technology can also be used to enhance children’s safety. “I read an article that a child learned a safety signal from Tiktok and was saved by it during a kidnap,” Nirere explains.

In the private sector, STEMCafe, a company located at The Innovation Village, Ntinda-Kampala, is committed to orienting children in the world of Science Technology, Engineering and Mathematics.

The company exposes children to technology concepts such as programming to solve different problems. Theirs is a hands-on style with kids engaging in educative play with Robotics, Coding, Physical computing, Scratch programming and Python programming.

Administrator and Communications Associate at the café, Sandra Namawejje says, “COVID-19 has come with some benefits, especially for the younger generation. It has enabled studying virtually which has exposed children to different technologies such as Zoom and other tools.”

She says STEMCafe envisions a world where several children have access to resources and ecosystems that push them to be innovative. “I want kids to have opportunities that will enable them to identify and solve problems using technology. We want to enable them to thrive well in the tech ecosystem,” Namawejje says.

Through its Future Lab, The Innovation Village seeks to solve contemporary and future challenges by leveraging technology. With an agenda to improve the conditions of children in Uganda, The Future Lab Associate Susan Asiimwe says children must not be left behind in the Fourth Industrial Revolution.

While evaluating the impact of startups that were undergoing an accelerator called The Future of Education at the Future Lab, Asiimwe says the team observed that technology helps children to become creative by bringing their curiosity to the fore. She says that it allows them the ability to express themselves through media such as digital art, 3D animations and printing.

While engaging in digital play like video games, Asiimwe says that it sparks traits like perseverance and determination in kids where they are required to stay alive or beat an opponent as well as overcome different obstacles to win.

“In a world that is increasingly becoming digitalized, children must be exposed to technology to prepare them for the future. We live in a world where basic tech skills have become mandatory in every job. When introduced to children at an early age, technology opens a world of possibilities for children by inspiring problem solving and inquisitive mindsets. Technology allows kids to explore and satisfy their curiosity through channels like YouTube where they can learn anything and expand their knowledge,” she says.

Perhaps even most importantly, Asiimwe says introducing children to technology is early preparation for in-demand job skills in a world where most jobs are becoming digitalized.

“Education is transitioning from the four walls of a classroom to virtual learning and the COVID-19 pandemic has further emphasized the need for tech skills even for children. This disruption was easier to navigate for children who already had some tech knowledge,” she says.

The Innovation Village wants to create a world where children can explore and satisfy their curiosity by introducing them to STEM (Science Technology Engineering and Mathematics). This would help to fast-track the path to innovation at an early age.

“We want to create a world where that enables children to create and test disruptive ideas and innovations,” Asiimwe concludes. 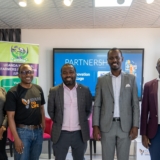 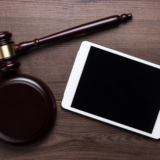 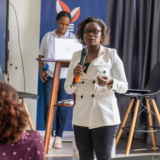