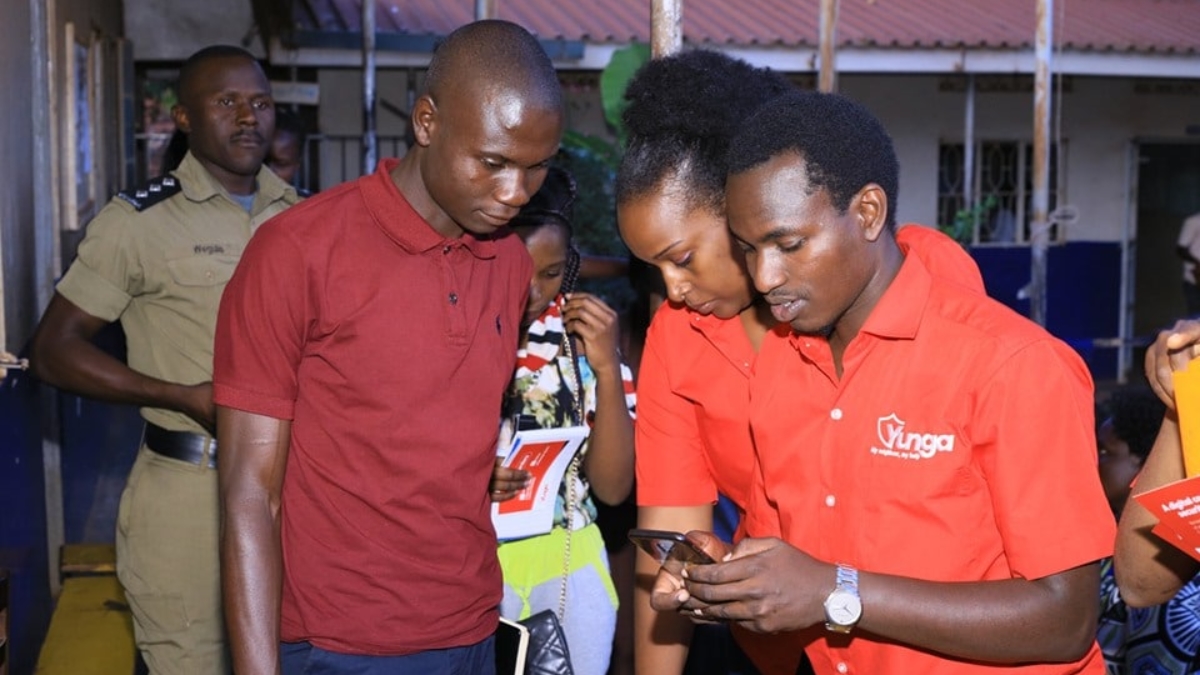 Few Kampalans have been spared the indignity and terror of burglary in their homes. The greater Kampala Metropolitan area, with its vibrant population of middle-class workers and traders, easy access to services and all the perks of urban life has an ugly underbelly of crime, with burglary in the lead. Lone thieves and small moderately organized gangs, terrorize neighbourhoods with their nocturnal break-ins in search for money and objects that can be liquidated on the market. For a while the solution for this has been self-defence, an attempt to burglar proofing and the local police and yet, the vice thrives on unabated. In the end, people simply move to what they believe are safer areas, until the crime displaces them once more.

Even for Anatoli Kirigwajo, CEO and Co-Founder of Yunga Technologies, a succession of burglaries in his own home forced him to confront the problem the best way he knew how. “The trauma, pain and hustle of working again to replace what was stolen got to me and I went about creating a lasting solution through my technology understanding,” he said.

His approach was not just securing the individual, but the community as well in the fight against this widespread and notoriously persistent vice. Individually, Kirigwajjo first came up with an app under the name Yunga app that would connect homes to the nearest police station but this did not work.

“The reason it failed was it needed an internet connection to work and then it could only work when you are at home so in your absence intruders would easily break-in,” Kirigwajo says.

Not one to give up easily, at the start of 2018, Kirigwajo decided to link up with a number of colleagues all equally gifted techies; Kawesa Nasser and Kasoma Fredrick.  With a synergy of skills and resources, by March 2018, Kirigwajo and his partners had developed the new version of their Yunga app after the first one having failed.

The novelty in this version was that they could connect neighbour to neighbour and to the police as well. This new version enables 10 houses to be connected to each other and to the nearest police post as well. With this improvement, Kirigwajjo uses the ancient African concept of Ubuntu- (community and humaneness) to reinforce security because, for long, communities have been the first source of help in a crisis. Even with the police present, it is not rare that the police always reached the crime scene, when there was nothing to salvage due to various reasons. With the Yunga app in the community, the neighbourhood is empowered, the immediate response and rescue efforts are close enough and can de-escalate the problem until the police which is on the Yunga network arrives.

From March 2018 when this new proto-type was produced to date, they have had 10 improvements to it and Kirigwajo says they are still improving as they are about innovation. Unlike the first prototype they created which had only a press button and screen, the current version comes with motion and door vibration sensors among other additions.

“Those additions came from the fact that most break-ins happen when people are away from their homes. In case someone attempted to break into your place while you are away, an alert is sent to your neighbour and an automated call from the Yunga app custom network centre to your phone is done to alert you” he says.

It has been tested in Kigowa Ntinda over the 3 months back with a community of 25 homes interconnected to each other as well as the nearest police post. So far there has been a good level of effectiveness as a number of break-ins have been deterred.

Kirigwajo and his partners haven’t had a walk over building this app, progress has been slower than expected to leave his team low on cash and energy many times, he notes. So far with over 15000 dollars spent which is over 55 million Ugandan Shilling, it has been a tough journey but with the generosity of the Hague Institute for Innovation of Law and Innovation through Science and Technology, a number of grants and financing opportunities have been offered to Yunga to advance the project.

However, this is nowhere near enough for this ambitious team of founders as they target to connect about 60,000 homes in the near future to their security app so they are on the lookout for all sorts of available funding and investors.

Getting potential customers and investors to understand the product has been a challenge too, but with more word about Yunga getting out there, they are optimistic that the problem won’t last long, as more and more people find out about their product.

Connecting with the Innovation Village

Being a young entrepreneur who was in search of an eco-system that would help him build his dream,      Kirigwajo, the tech firm’s founder and current CEO say he got to know about The Innovation Village back when it was starting out.

“I felt it was the right place for me to establish and grow my business. I haven’t been disappointed since my setting up shop here, because through The Village’s rich eco-system I have had access to a number of training opportunities, opportunities to attract funding and I have also met people with skills which are valuable in building my business” he says.

Going forward, the team is focusing on continuously improving the product, taking it nationwide and beyond Uganda’s borders.  They are doing this alongside, creating a different version of the product geared towards outdoor and office security beyond the homes they focus on now.

For Kirigwajjo and his team, the journey to securing the communities through Ubuntu-tech, continues.